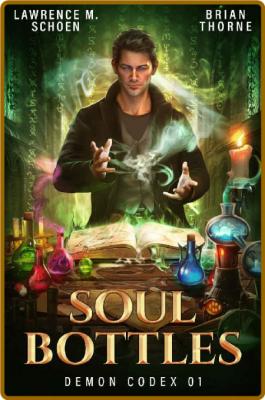 Someone has been gathering up the scattered pieces of an ancient tome of magic. If the Codex is assembled, it will unleash the power to summon daemons.
Professor Derrick Watson, expert in daemonic languages, would prefer to remain secure in his ivory tower at a Philadelphia university.
Except, his most talented former students are being set up, and innocent people are dying as a result.
Can Watson track down the pieces of the Codex before more people fall victim to its power? Should he even try?
Watson finds that he has no choice. He is overly protective of his students and he's the best person for the job. Which sucks for him. He'd rather continue with his pedantic research and play chess with his necromancer best friend.
But even in a world where magic exists, we seldom get what we want.
Watson is forced to navigate a maze of elementals, undead, and rival mages. Can he protect his friends and his community? Or will the other powers at play outwit the professor?
Scroll up and click BUY NOW or READ FOR free to grab your copy and join Watson as he contends with a danger best left in the shadows of the past.
Click to expand...