eBooks The Tensed Theory of Time: A Critical Examination 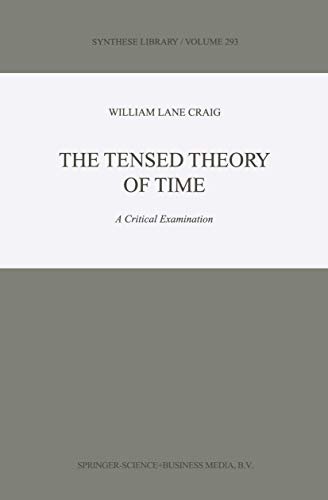 English | PDF | 2000 | 298 Pages | ISBN : 0792366344 | 34.8 MB​
he present book and its companion volume The Tenseless Theory of Time: a T Critical Examination are an attempt to adjudicate what one recent discussant has called "the most fundamental question in the philosophy of time," namely, "whether a static or a dynamic conception of the world is correct.
"! I had originally intended to treat this question in the space of a single volume; but the study swelled into two. I found that an adequate appraisal of these two of time requires a wide-ranging discussion of issues in competing theories metaphysics, philosophy of language, phenomenology, philosophy of science, philosophy of space and time, and even philosophy of religion, and that this simply could not be done in one volume. If these volumes succeed in making a contribution to the debate, it will be precisely because of the synoptic nature of the discussion therein. Too often the question of the nature of time has been prematurely answered by some philosopher or physicist simply because he is largely ignorant of relevant discussions outside his chosen field of expertise. In these two complementary but independent volumes I have attempted to appraise what I take to be the most important arguments drawn from a variety of fields for and against each theory of time.